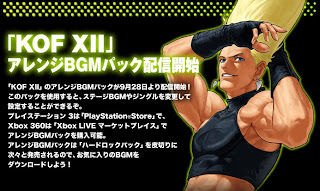 Currently up on the Japanese PSN is the 'Hard Rock' DLC pack for KOFXII, you can download the samples of each stage's remix on the KOFXII site here.

The next batch of remixes will be a 'Dance' pack on the 5th October.

No details currently whether these are coming to the US or UK PSN, or even the dates of when any will be coming to the 360.
I don't have any Japanese PSN credit to check, but if it's the same as most other games you generally can't use Japanese DLC on any other region game.

Bit of a shame the first DLC details are just background music :(
Posted by King Of Fighters [UK] at 03:05 No comments:

Just found a load more of the videos from Super Vs Battle, bare in mind one or two of these vids might be the same matches but filmed by different people.

First up is the set uploaded by SaikyoRB.

And another batch of videos from Jae, also including an interview with Robocop2 who placed 2nd at SvB.

See more of the previous videos here and here.
Posted by King Of Fighters [UK] at 16:54 No comments: 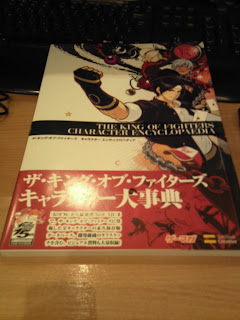 Was fortunate enough to have my friend help me pick up the King of Fighters Character Encyclopedia from Japan for me recently, and thought i would write up my impressions of it for those who might be interested in it.

The encyclopedia opens with an introduction each of the KOF games. 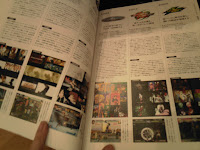 With brief explanations of the story, original release dates, and pictures of each game's opening intro for each of the main games as well as some information about the spinoff games (such as the UM games, NeoWave, the Maximum Impact series, and also 94:Rebout.).
It also has a page explaining in brief all three Sagas/Chapters of the KOF story, though i'm not sure myself as to why 94-95 aren't included as the 'Rugal Saga'. 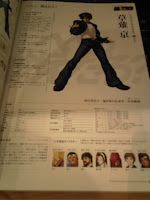 The next part of the encylopedia, which also takes up the bulk of the book, is pretty much just a profile section for each of the characters in the series.
Since i am not fluent in Japanese, i cannot read it all, though it doesn't really seem very detailed.
From what i can tell it has some basic information about each character, a bit about their back story, and their relations to other characters in the series.
It seems a shame they didn't bulk this area up with more information, though if like me you can't understand much Japanese i guess this shouldn't matter too much.

Before i move onto the next section of
the book, 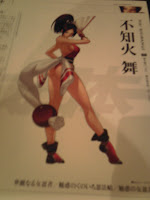 there are two things which i did find fairly interesting about the profile section. The first is from what i could tell, the artwork for each character's profile was chosen from the last game in which they were in.
What is odd about this, is that Mai Shiranui is shown in her new artwork as shown on the KOF Anniversary site. Whether this was a design choice, or whether Mai was planned to be in KOFXII but scrapped at the last minute i'm not sure.
The second thing is that all images of K9999 have been blacked out, i remember hearing regarding this that SNKP did not like his character design and there were some concerns with possible copyright infringement. (Which is also why he was replaced in 2002UM with Nameless.) 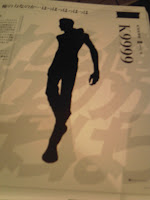 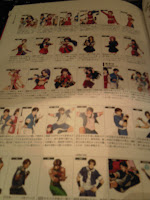 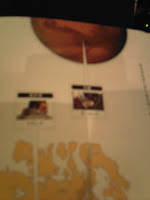 The encyclopedia also documents the country in which characters in the series come from, with Japan having the most character entries.
Probably the most amusing thing here was the fact they had Nameless listed as coming from Mars (火星), i haven't read much on the character's backstory but it seems pretty silly. (Not sure if you can see the image to the right very well?)
There are also alot of other random facts in this section, such as a tallest character chart and heaviest character chart (Any guesses as to who this might be...?). 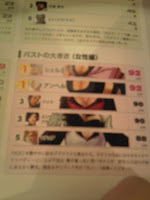 There are also some more obscure facts such as 'Which character has the longest name?', 'Which bloodtype do most characters have?' and the one we all really want to know about 'Who has the biggest bust size?'

The final section of the encyclopedia closes with an artwork section, including concept art, character designs and some pretty interesting characters who never made it into the game. There are some really obscure character designs here too, one of them being a character who is dressed like a giraffe and practices 'Giraffe Martial Arts'. 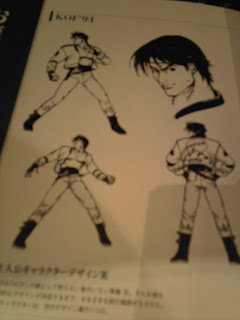 (Early design of the main Character, Sho Kirishima who was later redesigned as Kyo Kusanagi) 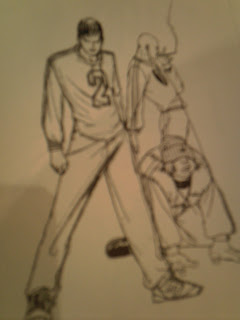 Early design of the Rival Team in KOF95 (Iori's team) 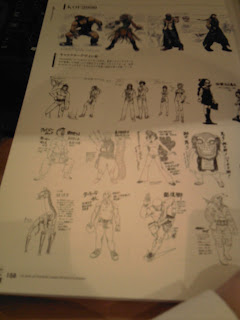 (some of the strange character designs i mentioned earlier...) 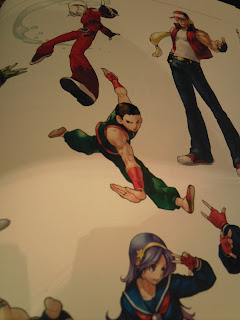 So in closing my thoughts on whether this encyclopedia is worth a buy ? I think if you're a hardcore KOF fan you'd enjoy this book, it is fairly expensive outside of Japan though.
The artwork section alone makes it worth the purchase in my opinion.
Playasia has it here for £29.94, and that's of course without shipping/customs fees, i think the actual retail price in Japan is around about Y28,00.

Also the KOFXII BradyGames guide is now available on Amazon.co.uk for those of you who still haven't bought it, only £8.39, which is the cheapest i've seen it going for.

See my previous review of the US and JPN guides here.
Posted by King Of Fighters [UK] at 15:41 8 comments:

So to keep the ball rolling, we announce the second season of the King of Fighters XII.
This time however the season will split into two halves, starting in October and November and will resume for the second half in the new year (dates TBC).

As usual it will be held in Casino on the arcade version, £3 entry fee.
Who will be the King of Fighters ? 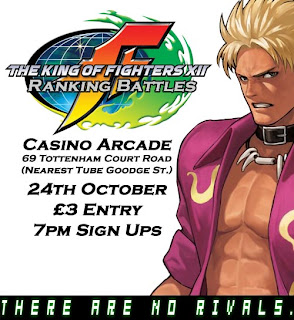 More bits and piece from Super VS Battle


Gunsmith (Admin of Orochinagi) has uploaded another of his videos from Super VS Battle, which includes interviews on day 2 of a few of the KOFXII players. Also a part of the Money Match between Sendo and Kneero, which was the result of a dispute in the Money Match Thread over on NeoEmpire.

Also NeoEmpire user PrivateRyan has uploaded one match between Sendo and RORY from the group stages of the KOFXII tournament at SvB.
Check out his Youtube channel here.

Also on a side note there will be a big event in France in 2010 of which KOF2002UM will be one of the main games, in addition to this there will also be side events for KOFXII, KOFXI, and KOF98UM as well as a whole lot of other games.
For more details check out the thread over on Neoempire.
Posted by King Of Fighters [UK] at 21:42 No comments:

So after a long weekend Super VS Battle has ended, the three day event held here in the UK was host to tournaments on many games.
Included in the line up was of course was KOFXII for the first time in a UK major tournament.

I turned up fairly late on the first day due to work, but check out Gunsmith's video via Orochinagi for his report on day1. 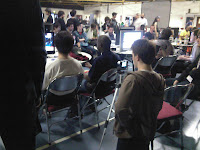 The second day of the event was for the initial group stages and elimination rounds of KOFXII, 32 players total fighting for the top 8 spots for the next day's finals.
Sadly it doesn't seem like there were many European players this time around, the bulk of the entries for XII seemed to be UK players.
I'm not sure whether this was due to not being able to make it or whether they are not playing it. 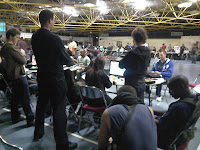 The next day the top 8 players were paired up to play against each other best out of three.
Unfortunately due to time constraints the Quarter finals were not played on stage, and i was pretty dissapointed about this.

Well done to the winners and particularly Kaworu who started playing later than the rest of us here in London. I'm sure tournament vids will surface soon enough, i didn't get the chance to do any filming myself though.

In the end it was an enjoyable event, and am looking forward to the next one!

Edit: First of the vids has surfaced, via Gunsmith's youtube channel, the Final between Tim119 and Robocop2.

For those of you who own the ps3 version of KOFXII, some good news.


As far as i could tell the Joe infinite also seems to have been removed, though i honestly didn't spend a long time trying it, i couldn't get it to work anymore.