So another season Ranking Battle season for KOFXII begins, with a slightly dissapointing turnout. Many regulars not attending, the MCM Expo clashing on the same day, and some players unable to make it.

Though on the bright side we had a few newcomers DeeJay, SupahSupreme and KB121 joining in on the action, and even though they are fairly new to the Ranking Battles they didn't give up without putting up a good fight.

In the end though MichelS stormed through the Ranking Battles without losing a single game throughout.

Anyway enough with the talk, here are the results: 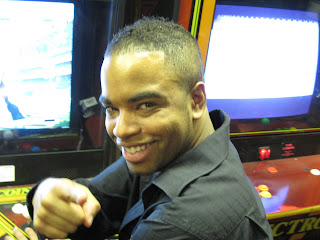 And finally the current RB scores:

The date for the next RB is to be confirmed, i won't be in the country for the date i had originally planned the next one for so i will post up details in the Ranking Battles forum over on NeoEmpire as soon as possible.
Posted by King Of Fighters [UK] at 14:22