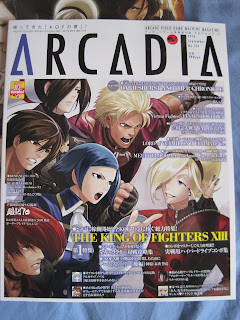 Apologies for the lateness again, don't seem to have much spare time lately, but of course it's always better late than never.

So as you can probably tell from the cover this month's Arcadia is a KOFXIII special and covers hyperdrive combos, character overviews/combos, and a continuation of the team stories.
Again the issue opens up with KOFXIII and Neo Geo Heroes advertisements. 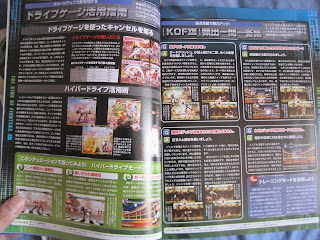 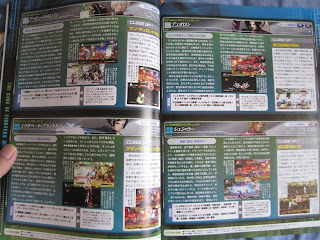 The first part of the KOFXIII feature basically is a rundown of the game's system, including all things like jump heights, explaining hyperdrive, and all the other bits and pieces new and old to this version of KOF. 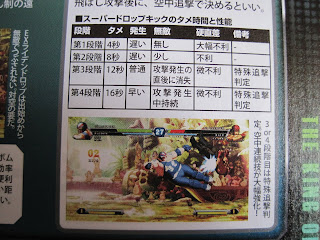 The next part is character overviews, basic combos, i've already started translating some of the combos in previous blog entries, and explaining uses for certain moves, etc. There's also a 'close up' for each character, and in the case of Raiden it shows the different properties of his dropkick move depending on how long you hold the kick button. 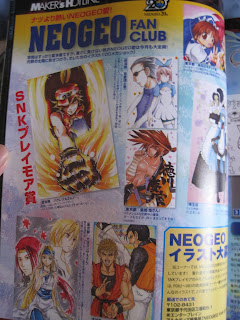 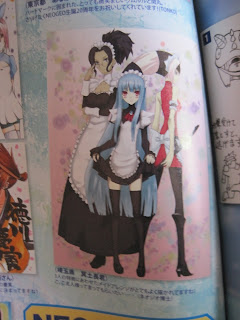 The usual Neo Geo fan club featuring fan art of course is present as always, there are quite a few pieces of fan art this month i'll include them at the end of this write up. 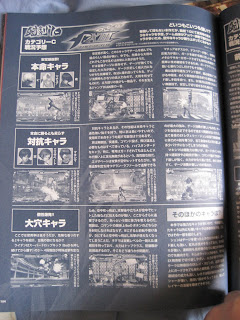 There's also a Tougeki feature on KOFXIII, as you may or may not know it will be a tournament game this year, about characters who are currently popular and expected to be used at Tougeki.
K'/Mature/Iori are the most popular, Kyo/Elizabeth/Maxima are second most popular and they have Raiden and Takuma as wild card characters (due to both characters being able to dish out massive amounts of damage). 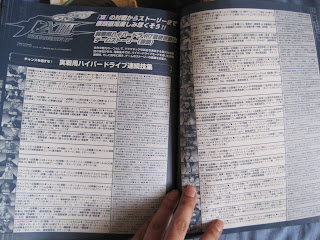 Also included are a list of Hyperdrive combos, although not the best combos i'd assume these were included and are more suited for beginner players. I've already seen videos of combos which do much more damage than the ones shown here.
Last but not least the team stories, i've included the pictures at the end of this entry, not much to say about this as i'm unable to read it.

If you want to pick up this issue, it's still available on Playasia for about £16 (after shipping).

Anyway enjoy the rest of the pics! 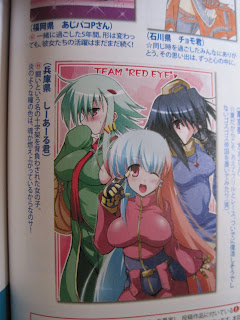 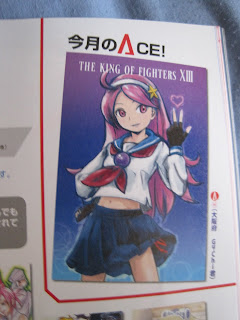 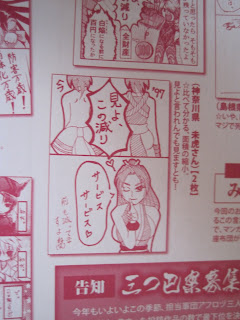 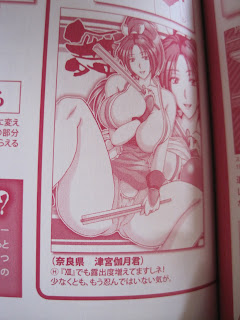 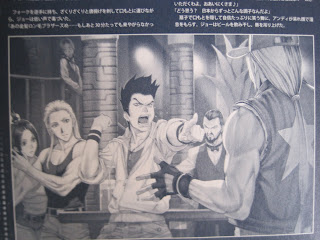 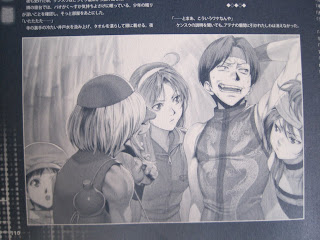 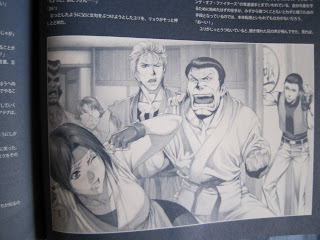 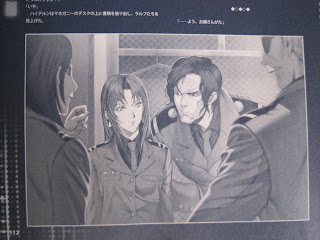 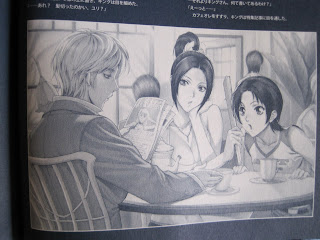 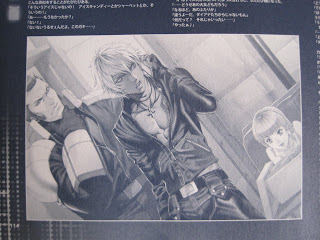