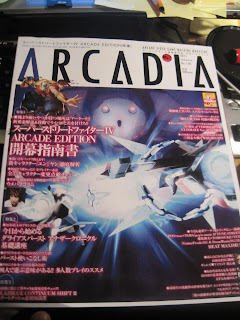 A little later than i had anticipated (due to Christmas mail/Royal Mail being rubbish), finally recieved my copy of the latest issue of Arcadia this morning. 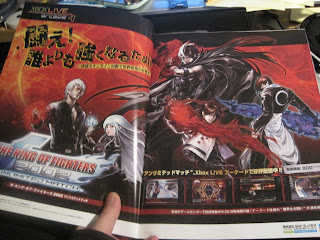 This issue, with the Darius Burst Another Chronicle cover, does not have much KOF or SNKP news this month. Much of the first part of the magazine covers SSF4:AE, Darius Burst AC, BlazBlue CS2 and of course the latest Gundam VS game (which Japan seems to be crazy about). 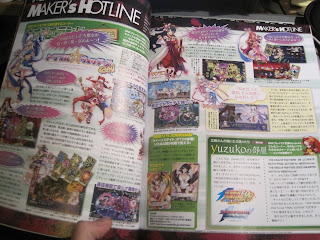 The first part of the SNKP news this month is regarding the latest game they are going to publish, Trouble Witches NEO!, which should be out some time this Winter. The featured product this month seems to be some sort of card trading game (i'd imagine something along the lines of Magic or Pokemon cards), and has a small section regarding the NESiCAxLive titles (KOF02UM and KOF98UM:FE). 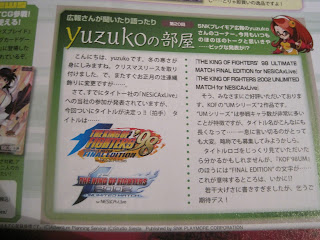 Of course there is the Neo Geo Fan Club as always showing fan arts that have been sent in. 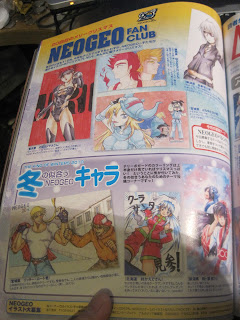 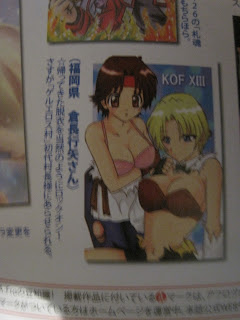 There's also a section dedicated to the NESiCAxLive, explaining what it is, and lists of titles to be released on it. With KOF98UM:FE and KOF02UM being released some time in Winter. 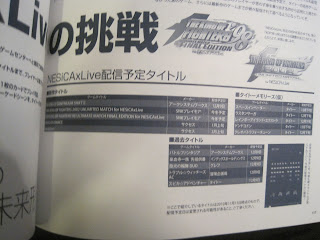 Finally the Arcadia rankings for this month, 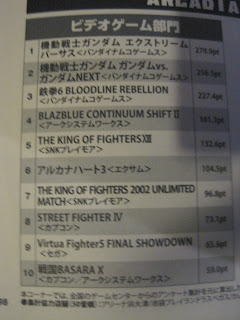 Tekken has been knocked off the second place spot with two of the Gundam VS games taking top spots, Guilty Gear XX AC has completely vanished off the list along with Melty Blood.
Blazblue CS2 sits comfortably in the top 4 as it's predcessor did, and KOFXIII makes it up to top 5.
Also it seems KOF02UM has made it back into the rankings and not too far behind Lolicon Heart 3. Not a bad month for SNKP in the Japanese arcades.
As always you can pick up Arcadia over on Playasia.com or subscribe for a slightly lower price, and also please do not post my images up on other sites without linking back here. Thanks!
Posted by King Of Fighters [UK] at 22:09