KOF/SNKP News Around The Web.

Just an update of different things around the internet i've come across recently.

Firstly some bits and pieces i saw via SNK-CAPCOM.com: 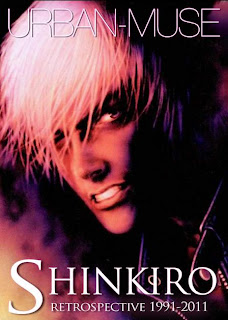 Shinkiro Retrospective 1991-2011 on Urban Muse, a look at Shinkiro along with plenty of images of his work and a small Q&A/Interview section. Well worth checking out just for the images alone.

Also seen via SNK-CAPCOM.com, a short Neo Geo tribute movie called 'Neo-Geo Bigger, Badder Better'. Very well made movie, kind of an arty. I enjoyed it enough to make me set up my AES console again.

Via SPEKSNK.org, i came across the SNKPlaymore game blog. Which currently has details (in Japanese) of some of the changes they have made to KOF98:UM Final Edition.

Also check out Nilcam's review and comparisons (to the MVC3 pad) of the Neo Geo pad for the ps3 over on DreamCancel.com.

Last but not least, Gunsmith has updated Orochinagi.com with a few more vids from the KOFXIII Beginners Tournament, which was held at Ultimate Clash X. Check out the vids here.
Posted by King Of Fighters [UK] at 19:22