HMV is currently doing a clearance sale, and amongst the items on sale is Samurai Shodown Sen for the 360 at the low price of £4. Although not the greatest game released by SNKP, at £4 it's well worth a try. (And if you don't like it the trade in exchange value at CEX is for £4 too.)

Also on sale is KOFXII for 360 (£7) and PS3 (£9), not sure how cheap this game goes for these days but a quick look around other online retailers, and this seems to be the cheapest price that i can find. 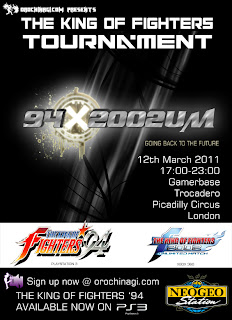 Also this Saturday Gunsmith (Orochinagi) will be hosting a KOF94 and 02UM tournament at Gamerbase Trocadero. Check out Orochinagi's website for more details of how to sign up and prize details.
Posted by King Of Fighters [UK] at 14:48 No comments: 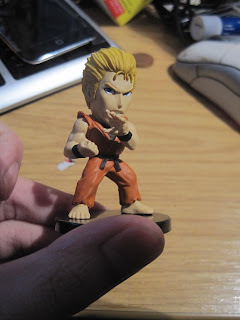 Just received another KOFXIII figure in the mail from Playasia this morning (after waiting for about a week and a half =_= ), was hoping to get Raiden this time but as you can already see it just wasn't to be.

I actually tried to get my friend to help me bid on a full set of Vol.1 on Yahoo Auctions but the bidding ended at an insane Y10,001 !! (About £75!) Though that set did actually come with the secret figure (Dark Ash), which as my friend explains may have contributed to it's high end sale price.

Anyway decided to take some photos again so you can have a look at the Ryo figure, not too bad, but i still want Raiden or at least a character i use. =_= 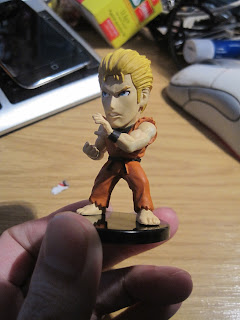 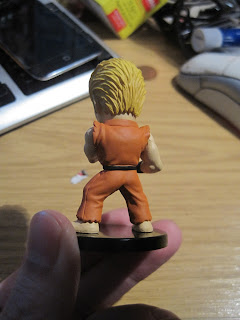 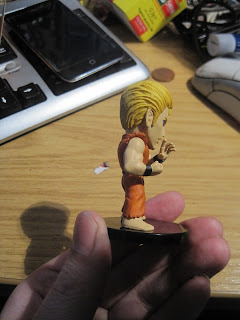 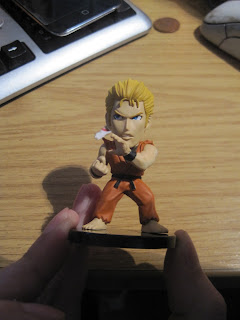 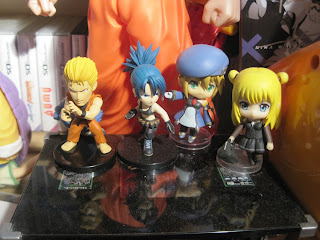 Also check out MaxMode a new website opened up by the French KOF players.
Posted by King Of Fighters [UK] at 17:27 No comments: