So after finishing work last night i spent some time trying to get KOF-e installed on my iPod Touch, most of that time being spent trying to remember what my login username was, in the end i managed to download it from the Japanese iTunes account i made when i first got my iPod Touch.

As a side note it seems Apple have made it a bit more difficult to make a new Japanese iTunes account now without a credit card, at least i couldn't figure out how to do it.

On to the actual game which i found a little dissapointing.

If you have played social networking games on Facebook before then you might know what to expect from this, given the fact that the file is only 19.2mb i should have guessed it wouldn't be an overly complex game.

When you load up the game for the first time you are prompted to select your main character, who you can also change later on through unlocking, you are then challenged by about 3-4 default opponents as part of your introduction to the game.

Gameplay is very simplistic and turn-based, each time it is your turn you press the big red button and you will attack. From what i understand you can select different skills, though this seems to crash for me so i am stuck with the default standard attack...Occasionally your character is able to do a NeoMax, as i understand it comes out at a low chance rate. 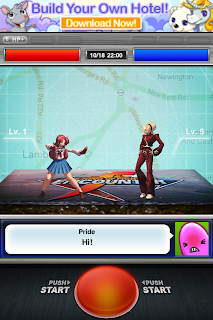 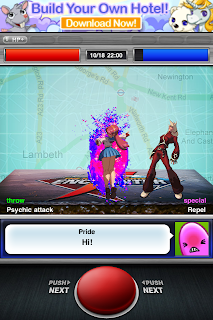 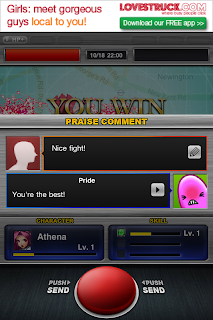 After defeating your opponent you are able to send them a message as you can see above. 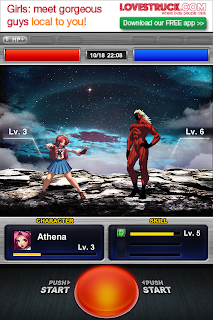 If you are unable to find a local opponent then there are also other modes available such as Boss Mode where you battle naked Saiki (four different levels) and also Dark Ash.

For some reason when i was playing this earlier it managed to glitch each time i tried to enter the boss battle, with each time the game reset it also 'Cleared' each boss battle for me...Quite a strange bug but it enabled me to unlock more characters without doing very much.

Whilst on the subject of character unlocking, as mentioned you start with one character and are able to unlock the rest of the cast by either defeating a boss character or levelling up one or more characters to level 4. 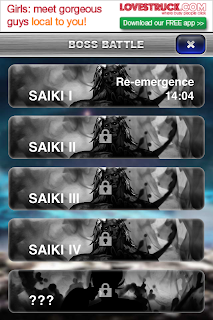 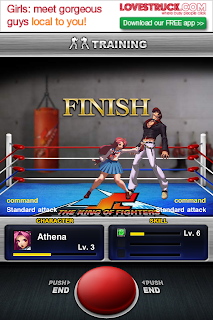 There is also Training Mode for single player use. In this mode you connect to other players via the internet, though it doesnt seem to matter whether you win or lose as your level and skill bar still increase in both cases. 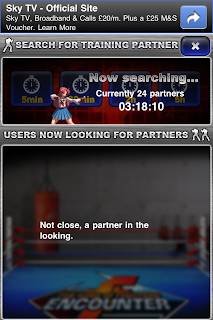 You can also request in set time periods (5mins/10mins/5hours/etc) for the game to pick up 'training partners', after the set time has elapsed or you reach the maximum amount of partners you can 'train' with them. (Mash the red button until you go through them all basically.) 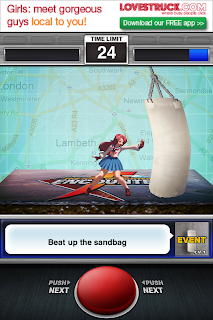 Occasionally an Event will pop up in the bottom left of the main menu, the only ones i have seen so far involve beating up a sandbag in a set time. 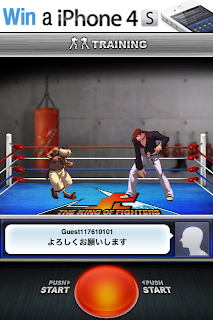 Also something fairly interesting is that Iori seems to have a different pose in this game, i've read on CyberFanatix's forums that it apparently comes from his XII early designs.

Overall it isn't particularly a great 'game', most of the time spent in this app is pretty much mashing the red button, but since it is free i wouldn't complain too much.

I recorded a couple of videos last night and uploaded them to my Youtube channel for those who wanted to see how it runs.

To finish up this entry i've included some screenshots of Dark Ash. 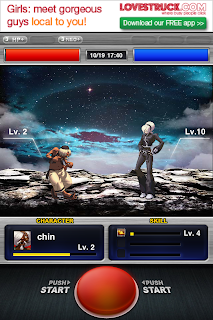 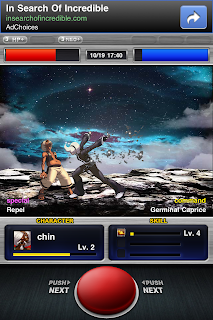 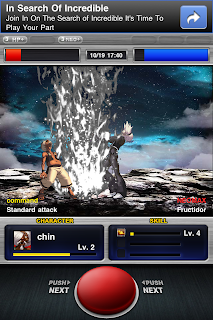 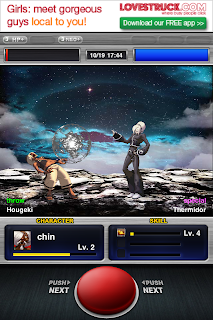