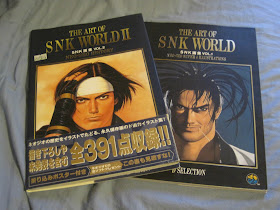 It's been a while since i've done one of these write ups.

Amongst the things that my friend brought back from Japan for me were both books from The Art Of SNK World series, since i previously covered the first book i will only be mentioning the second book in this post. 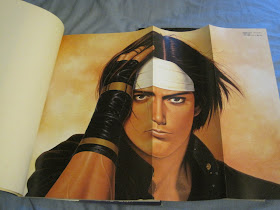 The book starts with a small fold out image of Kyo and a title page featuring Chibi versions of various SNK characters, probably one of the few (maybe first) times that i've seen Shinkiro draw in this kind of style. 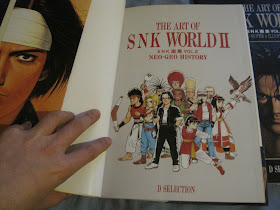 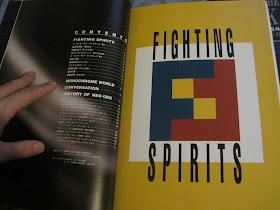 Unlike the first book which had clear seperate sections for each game this one organises them into two major sections of 'Fighting Spirits' (coloured images) and 'Monochrome World' (black and white images, mainly sketches). 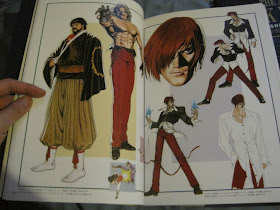 If you've collected a few different SNK/KOF artbooks by now you would have seen much of the Shinkiro artwork which is shown in this book for KOF so i didn't take any photos of those ones.

For KOF95 it also has full page profile images of the teams, which i felt took up needless amounts of space...You can kind of see an example of this with the bosses on the page on the right hand side. I quite liked the sketch type drawings of Iori though. 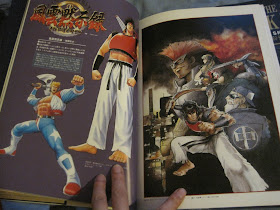 Savage Reign is also featured in this book, which i personally liked just due to not seeing much artwork around for that game, there isn't that much though sadly. 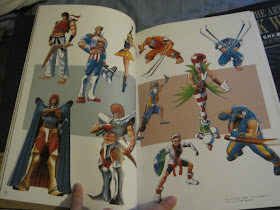 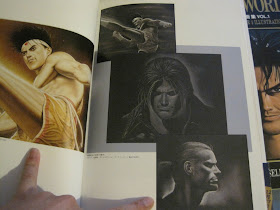 Although i'm not too fond of the game itself i quite like these charcoal'esque images from Fatal Fury 3. 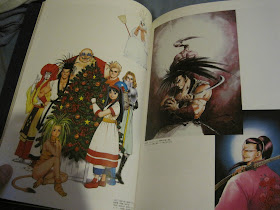 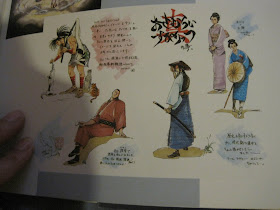 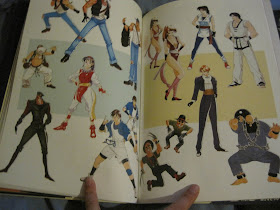 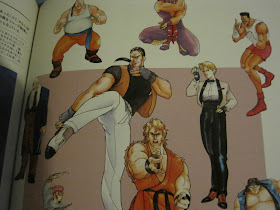 The above image i took because i found the proportions of King's chest pretty amusing, not quite sure what's going on there. 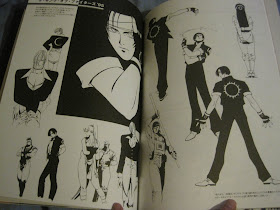 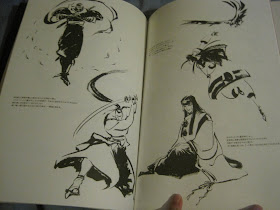 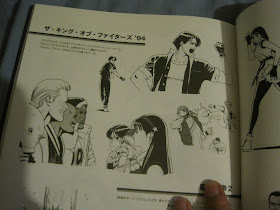 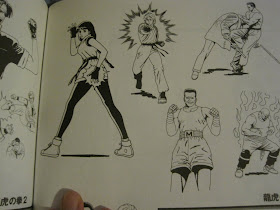 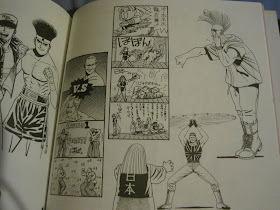 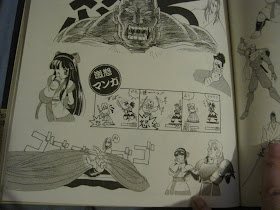 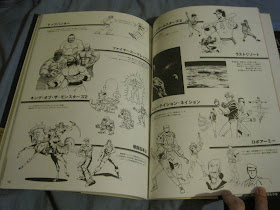 The King Of The Monsters artwork was quite refreshing to see, partially because it's something i don't see much of and also because it's a game i have very fond memories of playing when i was a bit younger. 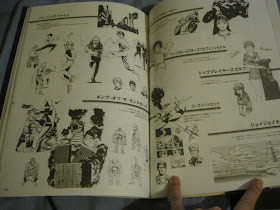 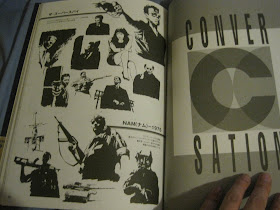 The book then ends with a Conversation section, which i skimmed over due to not knowing enough Japanese to read it, and a History Of Neo Geo sections which shows much of the games released up to the point of this book. 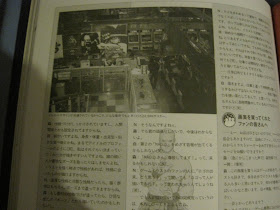 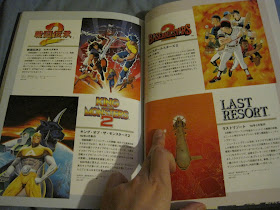 Overall this book is a nice addition to my growing collection of SNK artbooks, although personally not my favourite, though i think if you had the choice of choosing either the first or the second i personally preferred the first one more.
King Of Fighters [UK] at 17:33
Share