Yatagarasu heads to the Vita as Legend of Raven 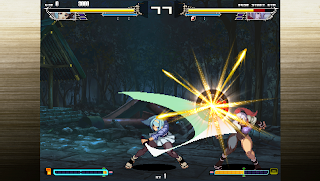 Almost exactly one year ago, I posted about the possible 3DS release of Yatagarasu.Seems like since then, Nicalis have changed their minds and are instead choosing to publish it to the Vita system and are giving it the localised title of Legend of Raven.Not too sure if that title is even correctly translated considering wikipedia tells me it's a three-legged crow.

Still haven't gotten around to playing the full version of this game yet, I think I dabbled with an early version one or two years ago, so it'd be nice to play this on a console. (Even if it is a portable.)

Anyways check out more details and screenshots over on Tinycartridge and Siliconera.
Posted by King Of Fighters [UK] at 14:05