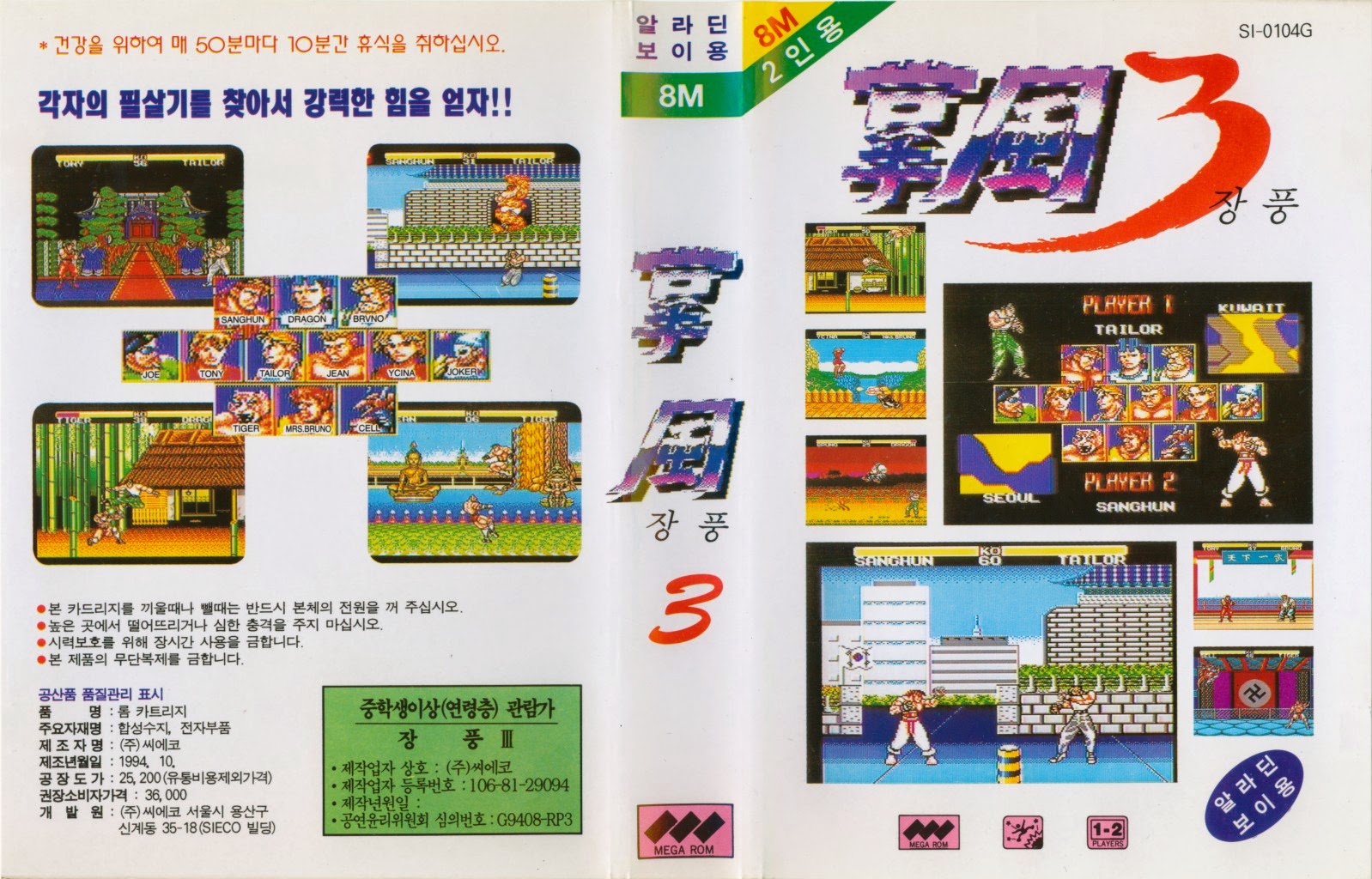 Quite a while ago I came across some information about a Korean fighting game made for the Sega Master System, at the time I think I just came across a few images and the ROM but never got around to actually testing it out until today.

For the most part its much like other Street Fighter clones, which were quite abundant at the time in which this game was made. (1994 if the information I have is correct.) Although I would say that there are other possible influences to the game, such as Fighter's History and possibly World Heroes. 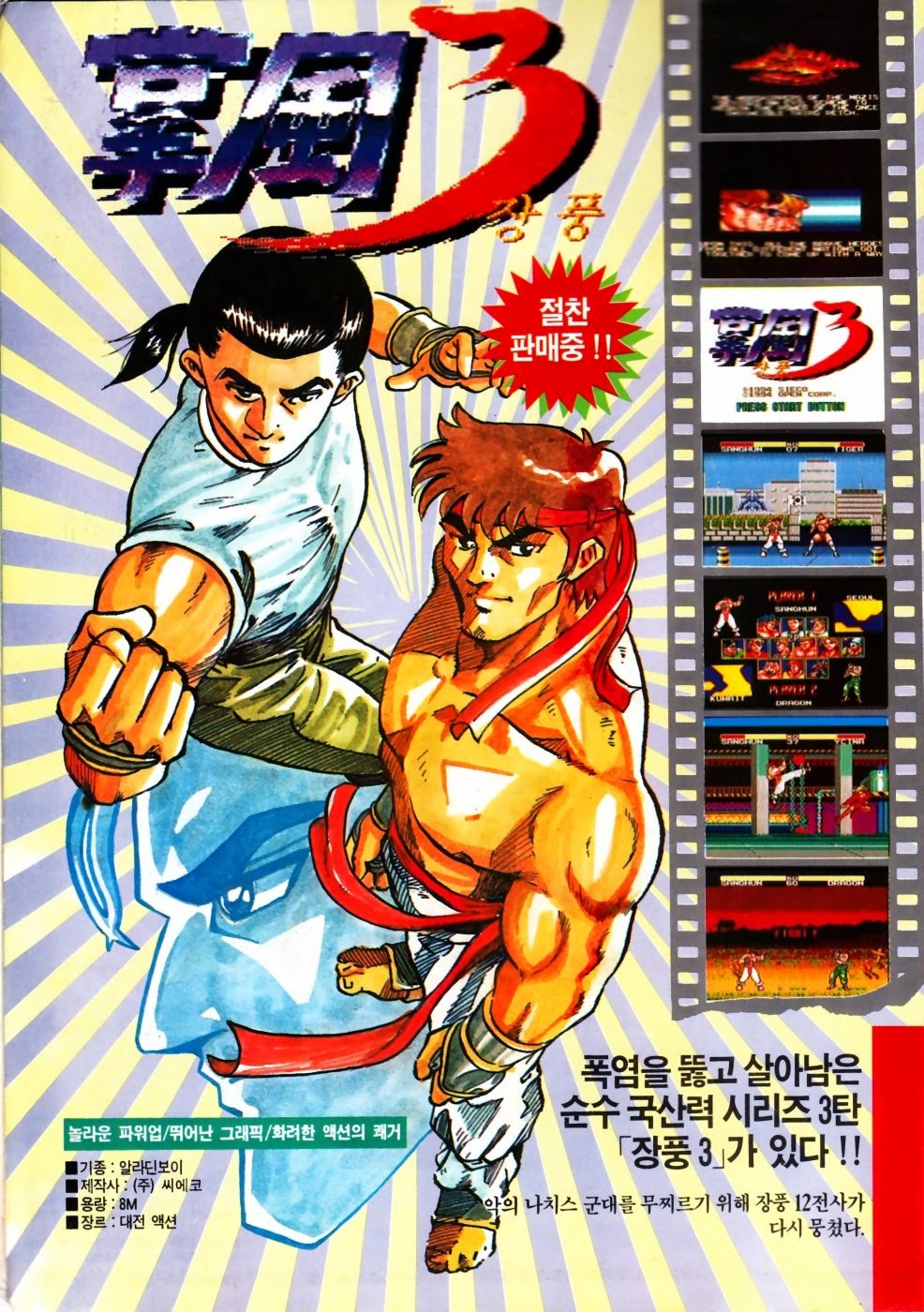 Although not exactly an incredibly deep or well made fighting game, you do have to take into consideration the limitations of the SMS system as well as the fact that it is only a two button controller console. Once you understand that, it is pretty impressive for what it is.

I did feel that the controls were a bit difficult to pull off moves, as well as some very awkward motions for some characters. For example; One character's move is down, forward, back + button 1, which probably doesn't sound difficult but given the fact that the input sensitivity isn't that great it can be frustrating trying to get things to come out when you want them to.

For the most part although characters seem to have been influenced by various other games they are slightly unique in the sense that they aren't straight clones of them. For example; the Ryu clone "SangHun" has a dragon punch but no fireball, instead he has some sort of dash punch.

Also what is reasonably impressive for an SMS game is that there are twelve unique characters. I haven't had the chance to go through each character individually yet but they all seem to have their own unique move-sets and haven't encountered any particular clones of each other.

The downside of it is that each character only appears to have two special moves each. (You can find the move-list here: http://www.smspower.org/Cheats/JangPung3-SMS ) 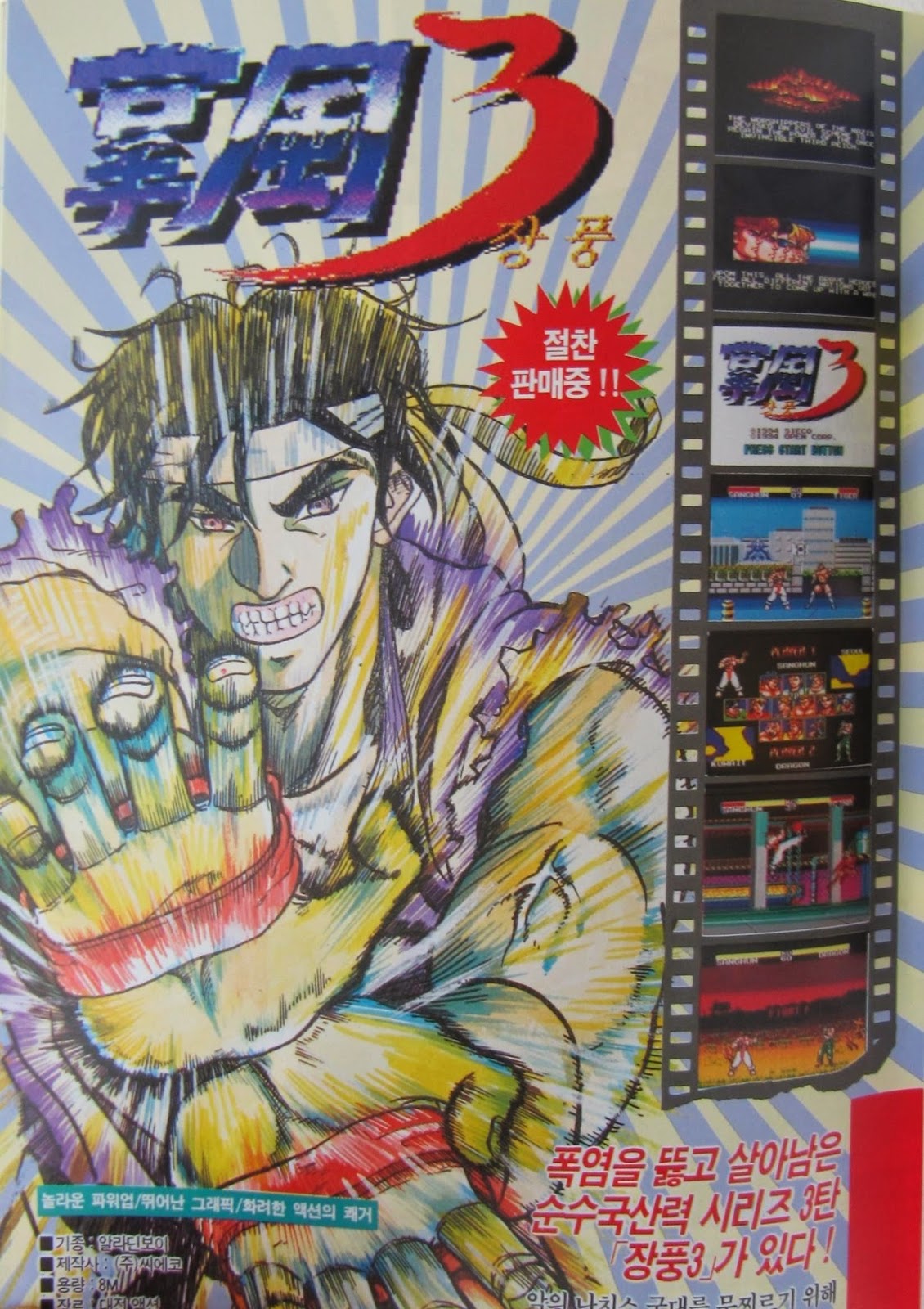 Anyways it's a pretty interesting game to check out, I don't own a Sega Master System in Japan or even know where I could find a physical copy of the game (I used an emulator on my Wii) but you can grab the ROM at the site below:

And finally check out the video I uploaded to Youtube for some gameplay footage.