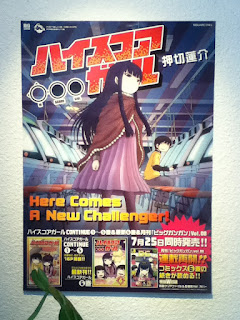 I've had work training for the past couple of days in Nakano, Tokyo. So was pretty excited to hear that not only was there an exhibition for the Hi Score Girl manga but it was only 5 minutes walk from where I was going to be.

Although I wouldn't say that I'm a huge fan of the manga, largely because it doesn't have furigana and I can't read much kanji, I do feel somewhat fond of it. I think possibly because of the kind of romantic comedy nature of it and it's setting often being game centers (arcades) and around the time I bought the first issue of it I was actually trying to chat up a girl in the local game center lol.

But anyway, the exhibition is held in the basement of METEOR which is probably most famous for the Famicase exhibition that I believe it runs every year. I'm not sure of the specifics but I think it may actually be a couple of different stores or something in one building, since I'm pretty broke at the moment I only had a look at the exhibition and not the store on the 1st floor.

As soon as you enter the exhibition there are a couple of those kind of big cardboard cut out things that you can take photos with, and then the first wall that you come to has some of the original manga panel sketches.
I've not been to many exhibitions in Japan, so it was quite interesting to see how manga artists lay things out before it gets printed into the final product. For example, I never knew that they sometimes actually cut out another drawing and stick it into the panel, rather than just drawing it into it.

Notably it seemed that SNK themed stuff was absent from all of the panels lol. I only saw mainly SF Zero and Virtua Fighter.

On the back wall they had an area where you could stick a post-it message (I assume to the manga's artist), doing so would enter you into some kind of raffle where you would either receive an IC card sticker or an original piece of artwork. Unfortunately I didn't win so I just got the IC card sticker...

The next wall had the original artwork that you could win and then the last wall was where they were hanging some of the merchandise like t-shirts, etc.

The merchandise they had available was things like Nendoroids, t-shirts, clear files, keyrings, mugs, stickers, and they had a gashapon machine which had badges.
A lot of the merchandise was a little pricey (especially since I didn't have a lot of money with me) so I opted to just buy a keyring for now, even though thinking back now I should have just bought a badge from the gashapon instead.

Overall it was a pretty nice exhibition, not particularly amazing but I think worth checking out if you're in the Tokyo area. (Also free so you can't complain.) It was kinda smaller than I had imagined, but then I guess realistically buildings/shops in Japan are generally a bit small.

I think I might pop down there again when I get paid, since I want to check out the shop upstairs anyways.

Unfortunately photography isn't permitted, which is why there's a lack of photos in this post, but you can see some photos on the MHzSHOP twitter page. 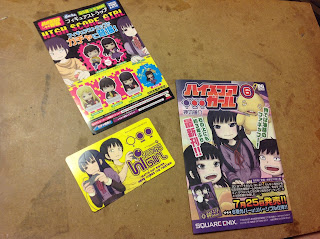 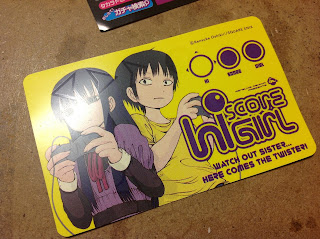 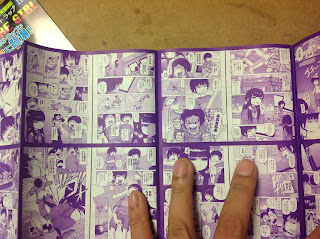 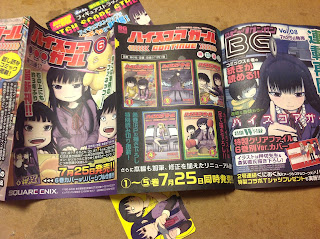 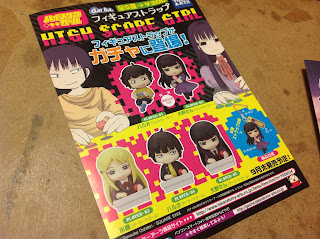 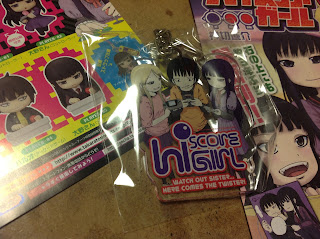