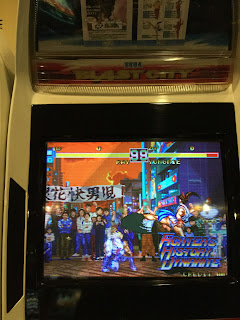 It's been a while since I've posted here but since I have some free time recently, I thought I'd write a little bit about a few of my local game centers just in case anyone visiting Japan may want to pass through.

Starting with Fun Fun Funabashi, located a few minutes away from Funabashi Station.
You can check the location on Google Maps here.

This is probably one of my favourite game centers locally, due to the fact that it has a good mix of old and new games, and most importantly it has a lot of Y50 cabinets lol.

They run a lot of tournaments here, but rarely if ever for SNK games. I think the ones I see most often are for Dengeki Bunko, Guilty Gear or DOA.

Although having said that they do have a lot of MVS/SNK games here.

Just as an example (I may have forgotten some games) as of posting this is a list of some of the SNK games: 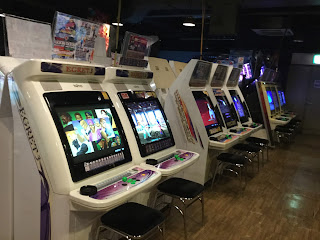 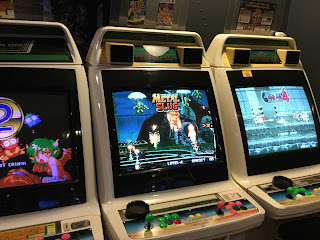 As you can probably tell there is quite a nice selection of SNK games here, they also have one of those MAME cabinets towards the back of the arcade so pretty much anything not on it's own cabinet is probably there. I've also seen people request that they swap out one of the MVS carts for a different game, but I've never tried it myself.

They only have a single cabinet for KOFXIV here, so you can't play in store/local versus but you can still connect to players in other game centers for versus.

It's been a little uncommon to have played versus on many of the SNK games here, maybe a couple of times on 02UM, but I usually go during non-peak hours so I'm not sure if there are a lot of players at other times.

Also sometimes quite randomly they'll put the Jackie Chan fighting game in.
I've seen on their Twitter page that they've also held a tournament on it recently too but I only found out about it after it was already over. 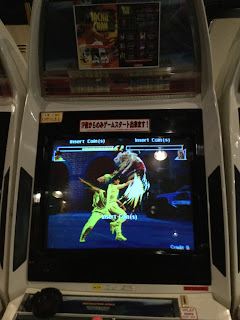 I'm not sure I'd necessarily recommend making a day trip to go here, as you can probably find the same games in Tokyo just as easily, if you were passing through or just wanted to go outside of Tokyo it's quite a nice game center to have a look in.

Going from Akihabara to Funabashi is about 30 minutes on the Chuo Sobu line.