I've finally figured out how to rip dvds (albeit it taking a lot of hours to do, not very good at this kinda stuff), so i've started to upload the Neo Geo 20th Anniversary 77 clips.
So far i've uploaded clips 1-35.

I'll continue splitting the file when i next get the chance (possibly tonight), so i'll upload the remaining clips as well as the Arcadia Cup and SkyStage footage.

I also managed to find a file for the 'All About SNK' documentary, which was released a couple of years ago, it's all in Japanese though and the video quality isn't great.I'm reluctant to buy the original DVD at this point in time (it's pretty expensive, at around £30+ for a second hand copy), so for now if i do decide to upload it bare in mind the quality wont be great.

In other news, there's been a promotional video released for Neo Geo Heroes: Ultimate Shooting.

The release date has also been set to July 29th, and preorders will come with a CD soundtrack.
Check out the official website for more screenshots and information. 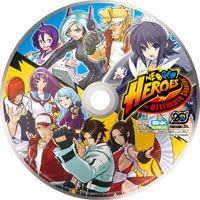 And one last thing before i finish up this entry, Metal Slug XX has been given a release date and price for it's XBox Live Arcade release for the 19th May 2010 and will cost 1200MS Points.

I'm not sure if that's the global release date but as far as i know MS tend to update all stores at once if it's receieving a global release. Fairly expensive for a SNKP game, compared to older titles, so i'm not sure myself whether i'll get this one.
Posted by King Of Fighters [UK] at 14:09