So this is the third part about my bundle of goodies i got brought from Japan.

I had originally hoped to have this all done in about 3 entries but as i wanted to put as much information about each of the different items as i could it's going to end up being a few more...lol.

So in this entry i'm covering the Samurai Shodown/Spirits keyrings and a KOF98 VHS tape.

The SamSho keyrings (they're called Keyholders on the label) are small plush type ones, unfortunately due to the fragile nature of how these were made mine seem to have small parts falling off.

I'm not sure if you can tell but Haohmaru for example his sword has come off from where ever it originally was.

These plush keyrings are made as SamSho 2 merchandise as it states on the label (Shin Samurai Spirits) by Banpresto and i think come from around 1996.

The ones my friend found for me were Nakoruru, Galford, Mizuki (i think that's her name), Haohmaru and Ukyo.

Strangely although they are keyrings, there's also a suction cup attached to it so you can probably stick it to your window or something. 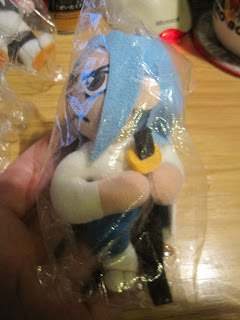 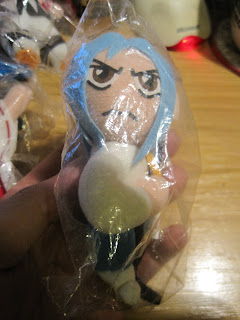 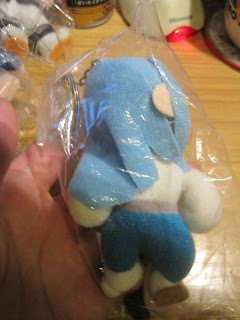 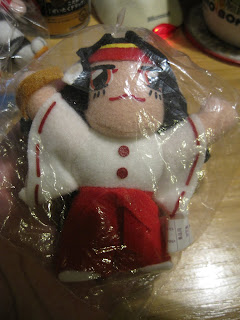 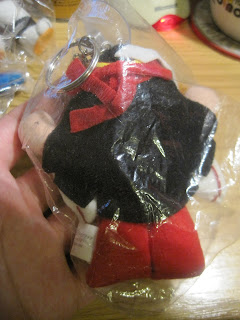 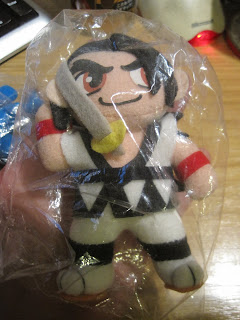 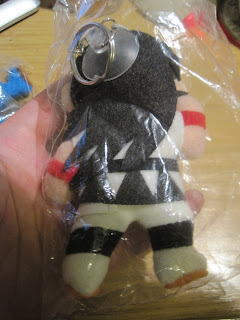 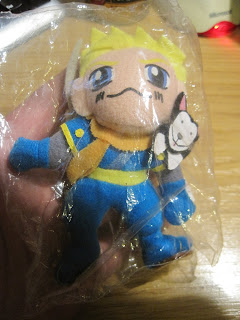 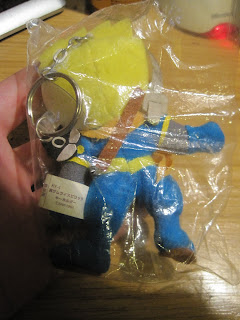 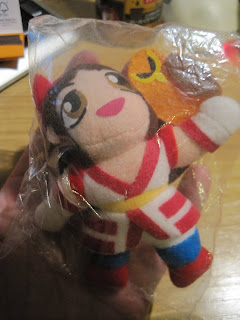 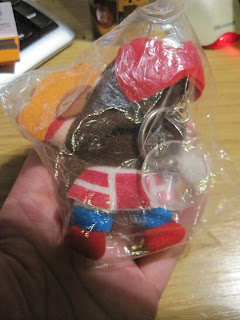 This was actually kind of exciting to get ahold of, as a fan of retro gaming in general it's always nice to get things about games on VHS tape. Particularly things that havent been given or may not ever get a DVD release. (And especially since retail DVDs in Japan seem to hold a crazy price tag.)

I've not had a chance to fully watch through this yet as the only NTSC capable VCR player in my house isn't in my room, but from what i've watched of it so far (about maybe 15minutes through) it showed basically some gameplay of Kyo and Iori with their voice actors speaking over it, some art gallery things, and an interview with the two voice actors.

The booklet also mentions some kind of clip or footage from the Neo Geo DJ Station Live.

At some point i will try to do some ghetto filming of this (set up my camera in front of the tv...lol...), as i don't have any software/hardware capable of transferring it to my laptop properly. I'm not sure when i can get around to doing this, but i'll try to do it as soon as i can.

But anyway enjoy the pics of it for now :P 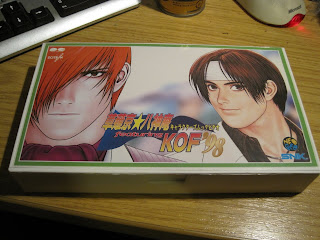 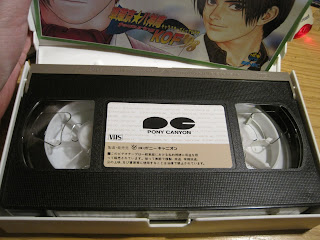 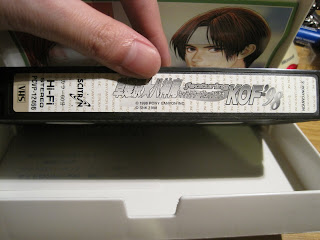 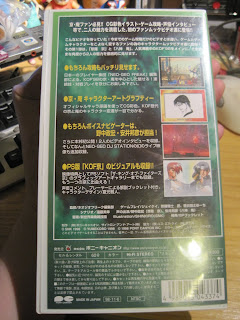 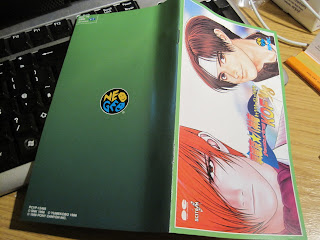 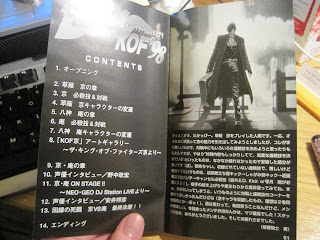 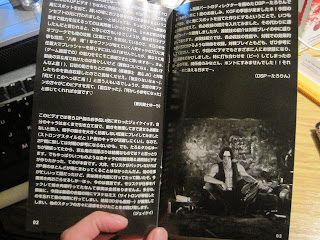 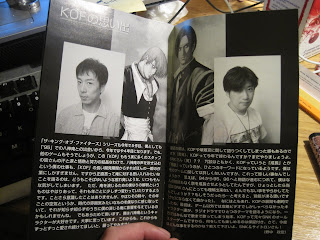 [Edit]: Video from the Kyo Iori Character Mook up @ http://kof-uk.blogspot.com/2011/05/kusanagi-kyo-yagami-iori-characters.html
Posted by King Of Fighters [UK] at 01:09