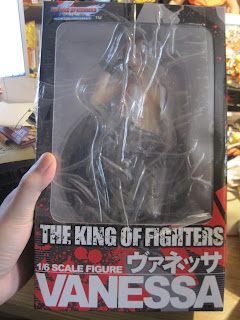 As mentioned a couple of posts back i won an auction for a KOF02UM Vanessa figure from eBay this past Sunday, which arrived this morning thanks to buying from an excellent seller. 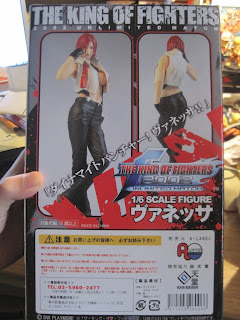 Also as i mentioned it suffers from a small damage to the trouser braces, as you can see below, i'm still trying to figure out how to stick it back together as it doesnt seem to be as simple as just applying glue.

From what i've looked at it so far it seems i can't pull the brace far enough down to fit where it originally should be, and i don't want to damage it, so i'm going to take my time to look at fixing the damage correctly. 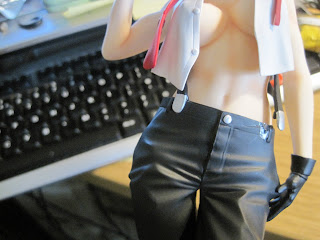 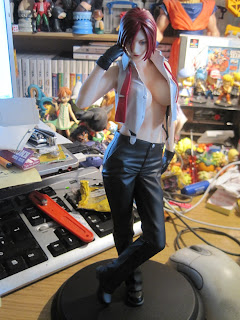 The actual figure itself though is pretty high quality though maybe not the £99 worth of quality that Play.com is charging for the figure brand new.

There is alot of detail in the figure and the paint job is for the most part very good, however i did feel as though the actual face was not as good as it could have been but still it is decent. 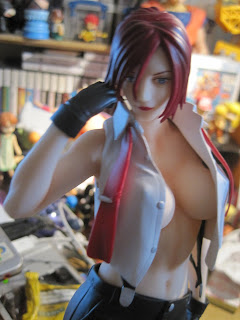 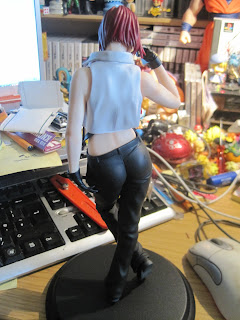 The bottom of the stand is marked with SNKPLAYMORE and MADE in CHINA, but no KOF02UM/Vanessa stamp on the top of it which is a bit of a shame as it makes it looks a little plain. 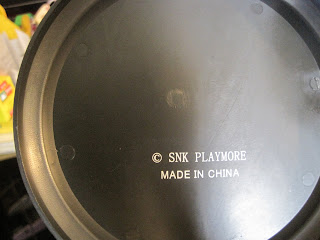 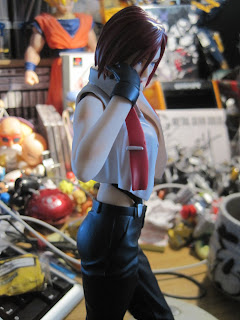 As mentioned the level of detail in this figure is pretty good, i'm not sure if you can tell just from the photos but the creases in the trousers and shirt all seem to be in the correct places and are really well done. 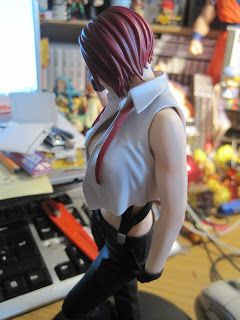 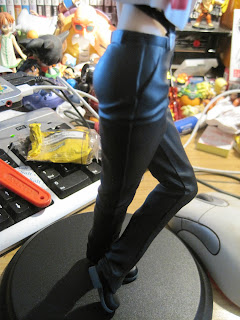 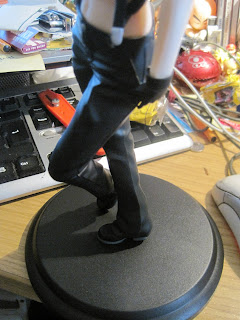 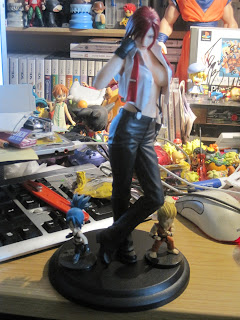 Above is a comparison in size to the KOFXIII chibi figures, as you can see the figure is fairly large, at a rough guess i would say it is possibly about 30cm tall maybe.

I've read and seen a few pictures online about the possibility of removing her shirt, but i can't figure out how to do that without damaging the figure.

And in case you were wondering, she has no painted nipples. xD 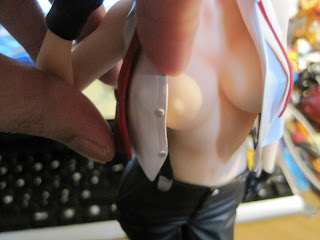 Overall i'm really happy with the purchase, though i doubt i would have paid much more for it if i hadn't won that auction for it. (At a maximum value i would say it is more like a £40-50 figure rather than £99.)