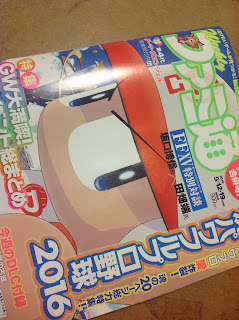 I don't tend to pick up magazines often in Japan (mainly because my reading ability is really low), but since I was out and about yesterday I decided to pick up the latest issue of Famitsu to have a look at the KOFXIV article.

Apologies for the sideways photos, for some reason blogspot likes to format photos in a certain way and I've never figure out how to fix it. 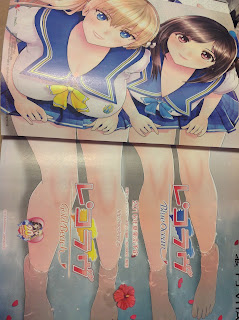 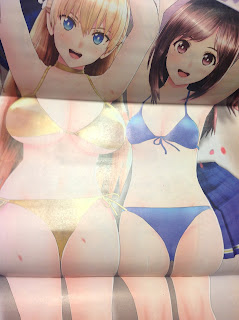 A few pages into the magazine there's this advertisement for a game called Reco Love , which is due to come out for the PS Vita, I thought it was pretty amusing. 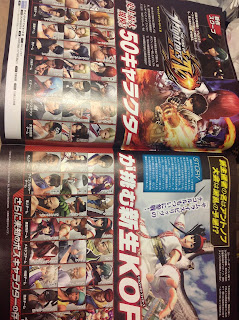 Anyway on to the actual article. There's not much to say as  I think most information shown here has already been revealed, or has been all over Twitter recently, but there were a couple of things I didn't really know about. (Mostly because I haven't been keeping up with news.)

Bare in mind, as I mentioned my Japanese reading ability is a bit low so might make some mistakes in what I'm saying here.

- You can do super -> climax or super -> max super -> climax, I haven't played it for a while but I think that's similar to XIII. Max super is only available whilst in Max mode.
- The "Rush" combo in this game is done by pressing the Square button repeatedly, and if you have a power bar then it will lead into super. (I'm assuming this works like some recent games like Persona, or Dengki Fighting Climax.)
- Unfortunately I can't understand the story section so well (too much kanji), but it's something about how KOF has become a big business. I think it mentions something like the first champion is Antonov.
- I think it also says development is about 90% complete. 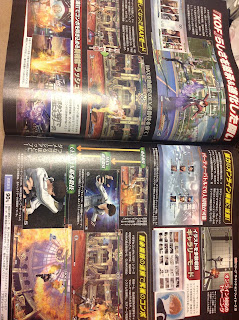 On a side note, isn't Yuri's head rather strangely shaped? lol.
Anyway as mentioned my Japanese reading ability isn't the best, so maybe some mistakes but there wasn't much new information there anyway.
Posted by King Of Fighters [UK] at 04:55